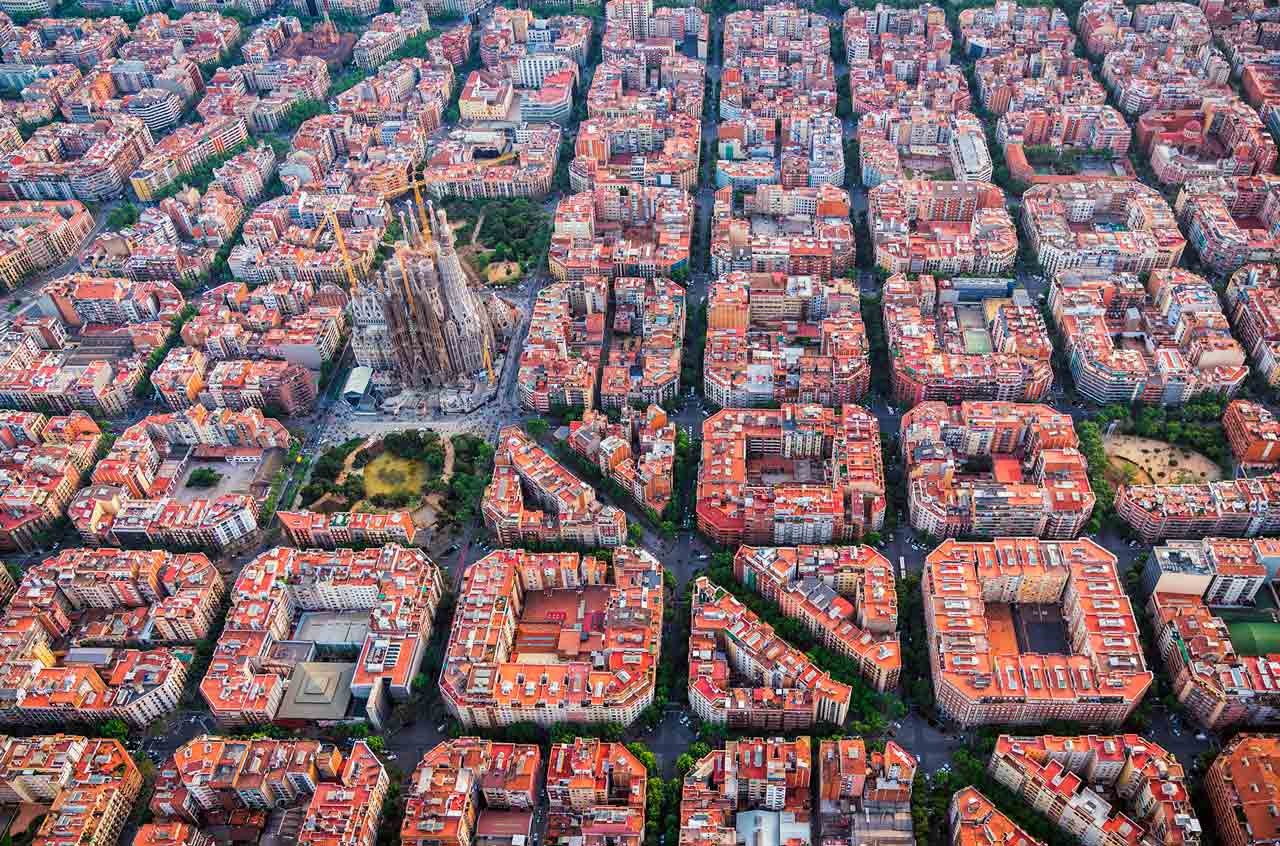 Currently of 850 reviews received from our customers, 78.0% said they were satisfied with the service provided during their car hire

This is the second time that people in our family renting a car from Centauro. Everything about this rental, worked perfectly. The car was very well maintained and exactly what we needed and ordered. The office team was polite and friendly and the whole process from order to drop-off was smooth and uneventful. The price was fair and we got the full return on our (small) investment. Overall and specifically as a returning customers, we were very happy with the company and services. Thank you and we will return. All the best from Israel.

I had a good experience with the Sants Office. On pick up Gemma was very clear on the rental conditions, she offered full insurance but didn't force me to buy it which I ended up buying because of her clear and calm help. Then the return process was fast and organised. Finally I left a wallet in the car and Clara from the office send me a notification regarding this. She was kind and helpful. Totally recommended this. The prices are also competitive. By hiring the insurance with them you don't need to pay excess deposit. They charge a gas deposit which is refunded at the end of the rental. Thank you Gemma and Clara for great service.

Excellent service, immediately dealt with and very helpful. Car was clean and in perfect condition. Highly recommended. Same on drop off at the airport, a faultless rental.

I have been a client for more than 5 years. All cars that I have used were in excellent condition. I've never had any issues with any extra charges etc. (as opposed to other established brands). Very clear policy. Booking through their website actually offers free cancellation too.

No problems so far. Booked the full service with included insurances. Pick up and drop off in the office was great. Don't forget your credit card for payment and all fine. Car was very clean and good working order.

On arrival at Barcelona Sants please go to the Centauro Rent a Car desk outside the station.

Leave the station via the "Plaça dels Països Catalans" exit. Cross two pedestrian crossings and bare left to cross another pedestrian crossing with a traffic light (Calle Viriat). You will find the Centauro office about 15 metres away on your right hand side.

Instructions for return and map

Vehicles must be returned to the Centauro car park. 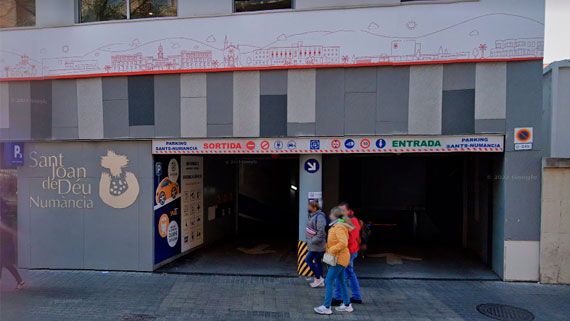 Hire a car in Barcelona with Centauro Rent a car and enjoy the security and confidence that comes with a fleet of rental cars that is renewed each year. Add to your booking any extras you need when you hire a car, GPS, comprehensive insurance without excess, approved child seats, etc. 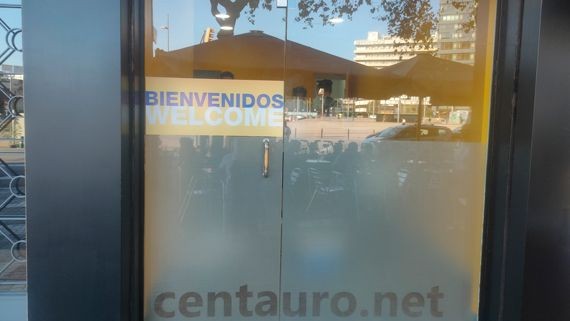 At Centauro Rent a Car we offer a wide selection of cars available to hire at Barcelona Sants which is renewed yearly.

What to see, do and visit in Barcelona and the surrounding area with your car hire

Travelling to Barcelona by train and hiring your car at Barcelona Sants station is the best option for getting around one of the most interesting cities in Spain. Sants station connects Barcelona with local, medium and long-distance trains linking the city with destinations such as Aragón, Valencia, Madrid, the Basque country, Murcia, Seville and y Málaga in Andalucía and even Lyon or Marseille in France.

If you want to visit Barcelona with your hire car, there are some well-known and some not so well-known unmissable sights. Marvel at the rich historic legacy which has left its mark in each of its districts and the contrast of the cultural heritage left behind by the Romans and the Visigoths along with the elaborate industrial development of the 19th and 20th centuries, which has made Barcelona one of the leading cities worldwide and the most visited in Spain.

We begin our tourist route around Barcelona in the historic centre; we recommend you park your car here because the best of this route is along the city’s pedestrianised streets.

Travel back in time in the Barrio Gótico

The Barrio Gótico was home to the former Barcino, founded by the Romans in the 1st century AC; visit the vestiges of the former Roman Empire including the Temple of Augustus, located behind the Cathedral where there are still 4 columns from the former temple, or head toPlaza Nova where you can see 2 towers from the former Roman wall , which was originally formed of 74.

Take a stroll around this district and step back in time to the Middle Ages, walk along its medieval streets and see its buildings such as Barcelona cathedral, a Gothic temple constructed between the 14th and 15th centuries, its impressive landscaped cloister or head to its rooftop for breathtaking views of the city.

A walk along the Ramblas

From the Barrio Gótico, we head towards the Ramblas, a pedestrianised street running from the old part of the city; this street is always bustling. Walk along the Rambla de Canaletes, visit the MACBA (Museum of Modern Art), where you’ll see 20th-century works from artists including Saura, Barceló and Tàpies or take a trip to La Boquería market, a magical place where the market of yesteryear is tinged with a special colour with the contrast of the colours and smells of the most delicious food.

Another unmissable is a visit to the Liceu theatre or a visit to the Columbus monument, which points from the city to the Mediterranean sea; you can climb the monument and enjoy breathtaking panoramic views of the city.

We begin our tour of Catalan modernism in the marvellous Parque Güell by Gaudí, an outdoor space perfectly integrated into nature which pushes the limits of the imagination and from where you have one of the most breathtaking views of Barcelona, with Gaudí’s mosaics adorning the city below. We continue by discovering one of the greatest delights of Barcelona in the Eixample district, where architects such as Doménech i Montaner, Puig i Cadafalch or Antonio Gaudí reinvented architecture for the Catalan bourgeoisie of the 19th and 20th centuries, making Barcelona the global capital of modernism.

On Paseo de Gracia, there is the “Manzana de la Discordia”, formed of Casa Lleó – by Doménech and Montaner- Casa Amatller – by Puig and Cadafalch - and Casa Batlló – by Antonio Gaudí, or the Unesco World Heritage Site, La Pedrera or Casa Milá , by Antonio Gaudí.

We then arrive at the quintessential Barcelona site, the Sagrada Familia, which was started in 1882 by Gaudí and is still not complete. It integrates natural elements in perfect harmony with impossible forms and stained glass of a thousand colours which has taken the architecture to another level. It is the third most visited site in Spain, after the Prado Museum in Madrid and the Alhambra in Granada and the second most visited church in Europe, after St. Peter’s in the Vatican, Rome.

To end our modernist tour, we head to the Palau de la Música Catalana, which is worth the visit due to its beautiful foyer and its incredible decor with coloured stainglass, mosaics and forged iron which makes this building unique.

The charm of La Ribera

This enchanting district still retains the authenticity of its origins in the Middle Ages where craftsmen, traders and sailors could be found. We park our hire car in La Ribera to visit the Santa María del Mar basilica, a beautiful example of Gothic architecture, Mercat del Born, built of iron in 1876, stroll around the leafy Parque de la Ciutadella, home to lakes and gardens and Barcelona zoo and end the day by visiting the Picasso museum, where you will see his masterpiece Las Meninas.

Beaches, bays and the coast of Barcelona

There is nothing better than visiting Barcelona’s beaches and coves during your holidays, feeling the breeze and the immensity of the Mediterranean Sea. Barcelona boasts almost 5km of fine golden beaches with perfect modern facilities which were refurbished as of the 1992 Olympic Games providing accessibility and free Wi-Fi access, where you can enjoy the sea, watersports, a bite to eat in the many beach bars or the best Catalan gastronomy at the edge of the beach.

Of these beaches, the most highly recommended along Barcelona coast are Barceloneta beach, located in the fishing district of the same name, which is one of the city’s most popular; Icària beach, located in the Olympic Village, the residential area built to house the athletes competing at the 1992 Olympic Games and Mar Bella beach, with sports facilities for volleyball, basketball and table tennis and water sports, which is usually frequented by young people and has a special area for nudism.

The best time to visit Barcelona is during spring and summer when the average temperature is between 15 and 25º, with a mild climate and low rainfall, perfect for enjoying outdoor activities. There are large numbers of tourists during these months.

If you want to visit Barcelona but want to avoid the crowds, you could visit in autumn when the temperatures are still pleasant but the city is not as busy.

For those fond of nostalgia, the city has a special charm in winter although the city sees 90 rainy days per year so it is likely to rain during your holidays.

Are you traveling to Barcelona with your rental car and don't know where to park? Don't worry, #Roadlover because we’ve got good news for you. In this post, we’ll show you the best places to park for free in Barcelona. So the only thing you’ll have to worry about is finding the best spots to enjoy your getaway in this beautiful city.

Have you lived the experience of travelling the world driving a van with your family? Discover this route by van through the most beautiful villages from Barcelona to the Pyrenees

The most beautiful villages in the Mediterranean: a route by car from Alicante to Barcelona travelling through Valencia.