Currently of 1132 reviews received from our customers, 64.0% said they were satisfied with the service provided during their car hire

I have used Centauro several times! Only the first time there was an issue with the car, i returned it immediately and they sent me a replacement. They are by far the best value for money company in Athens airport. I wish they were open 24/7, but it is not the case and you know that beforehand. I always rent an all inclusive insurance by them and the whole check in check out process is a question of minutes.

Great service and good prices. Collecting and dropping off the car was super fast. Employees were very courteous and responsive. I left my sunglasses in my car and a male employee (didn't get his name) helped send to me - no questions asked. Shuttle bus service was on time and very efficient. Will definitely recommend Centauro.

We received amazing service from Centauro staff. The car was in good condition and the price was really competitive. We would definitely return as customers to Centauro. They're highly recommended as alternative to the major international car rental companies.

Very smooth car rental in Athens! Very friendly staff and a very good car. We also received a better advice about an insurance we could better take. We also got a free upgrade to an even better car! Definitely recommended to select Centauro for car rental!

I shouldn't do this, because I will shoot myself at the foot by saying that this rental agency is the best keep secret in the car rental industry, but I will do it anyway since I owe it to the people at the office. Timely arrival of the courtesy van to take me to office. The driver very kindly assists with my extra baggage to find the courtesy van. I couldn't have done without his assistant. At the office, despite the fact that it was almost closing time (11:00 p.m.) I got excellent service, courteous behavior, and professional attitude in handling the paper work and most of all very timely and proper arrangement to get the assigned car. I hope that the increase in customer volume will not affect this above average service. Thanks once again for a job well done. B.T.Y. the car that I got was a class over of what I was charged for.

If coming out of Gate B (intra Schengen) our Centauro Rent a Car representative will meet you by the "Arrival Hall B" sign as you enter the public arrivals hall to take you to the shuttle bus.

If coming out of Gate A (extra Schengen), turn to your right and continue along for about 100mts to Gate B where our Centauro Rent a Car representative will be waiting for you by the "Arrival Hall B" sign to take you to the shuttle bus.

If you hire a car with Centauro Rent a Car a Athens airport you can be assured of the best service and a fleet of cars that are renewed on a yearly basis. You can also add to your reservation other extras that you may need such as additional drivers, GPS, full insurance with no excess, child seats, etc.

With your rental car in Athens you can explore some beautiful locations which have guaranteed good weather most of the year.

Your car hire is waiting for you at Athens airport! 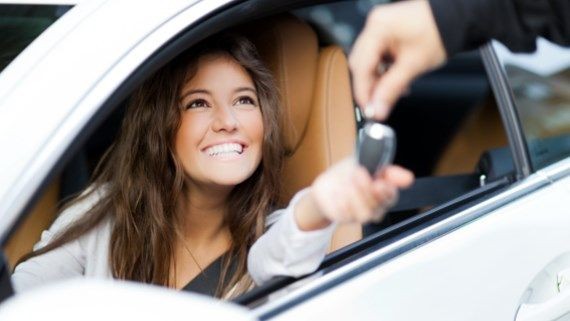 At Centauro Rent a Car we offer a wide selection of cars available to hire at Athens Airport which is renewed yearly.

What to see, do, and visit in Athens and its surroundings with your rental car.

The Athens airport, whose official name is Eleftherios Venizelos International Airport, is located 34 kilometers from the center of the capital. Athens is connected by air with major European cities such as Rome, Milan, Madrid and Barcelona and has connections to other parts of the country such as Heraklion, Rhodes, Thessaloniki, Corfu and Kos.

Before you visit Athens it is most convenient to find out about the transportation options; in view of the road network and road accesses, driving your own car seems the best option. Choosing a car hire at the Athens airport will allow you to get to the city center in half hour, driving through Attiki Odos/A6/E94 and A/D PAThE A1/E75, exiting from the latter through the Peristeri exit.

Driving on this journey allows us to take in what of ancient Greece is preserved in Athens, one of the most important cities in history. We will see monuments and beauties of ancient civilizations, and traveling by car will allow us to move freely so as not to miss any of its charming corners.

What to see in Athens

The Acropolis is undoubtedly the most iconic and indispensable place in Athens. Located at the top of the hill, there are buildings as relevant as the Temple of Athena, the Erechtheion and, of course, the Parthenon. We also have the Acropolis Museum and the Temple of Olympian Zeus, 500 meters away.

Other places to visit are the Roman Agora and the Ancient Agora. The first constituted a power center of the Roman Empire; the second was at the time a place where commercial and social activity brought citizens together.

Highly recommended are also the neighborhoods of Monastikiri, Psiri (the hip neighborhood) and Plaka, the oldest in Athens at the feet of the Acropolis. All of them will help us to tune into the life of the city.

The 4 hills of Athens, the four cardinal points to visit:

- Ares or Areopagus Rock, from here you can contemplate the Olympic stadium, the Sintagma and Omonia squares, the ancient agora or the temple of Zeus.

- Mount Lycabettus allows you to enjoy the views of the port of Piraeus and the Acropolis.

- Acropolis, the most iconic highlight of the city, gives you a 360Âº panorama of Athens.

Driving route around Athens and surroundings

Through the cities of Corinth, Mycenae and Epidaurus you can drive on a beautiful one-day route. Following the A75 motorway heading north, you will reach Corinto in less than an hour, whose canal is a great work of engineering. Then, along the Peloponnesian Peninsula we will arrive in about 31 kilometers to Mycenae, you can enjoy its acropolis and the magnificent tomb of King Agamemnon. About 35 kilometers further by car we find Epidaurus, whose main attraction is a theater of the 4th century BC.

The two most important dishes are the moussaka, a type of lasagna made with eggplant, and the gyros, pita bread with roasted meat, onion, tomato and sauce. On the other hand, one of the most popular desserts that we recommend trying is the bougatsa cake, made of filo pastry and filled with cheese, custard or meat.

The climate throughout the year is Mediterranean: hot summers of around 33.5ÂºC and minimums of about 21ÂºC, with little rainfall; mild winters with an average of 18ÂºC, never under 5ÂºC, very rainy.

The best time is spring and autumn: a pleasant climate and many sunny days. Although the weather can change, if you choose a car hire at the Athens airport your trip will be pleasant whatever the forecast.

Ready for a five-day driving route through Athens and Ancient Greece? Prepare your trip, the Acropolis, Mycenae, Delphi and Meteora await us on our next road trip.