Currently of 1224 reviews received from our customers, 76.0% said they were satisfied with the service provided during their car hire

Recommend company for car renting in Milan. Price really convenient. Only paid Less then 20£ for a 2 days rent. The car was new and well maintained. The only misunderstanding has been regarding the petrol for which they took a deposit that was never mentioned before. At the end the balance price/service is amazing

Love the mini cooper countryman by Centauro. It's a new car with only 8 thousands KM mileage. The price is also reasonable. The shuttle service from Milan airport is quite a hassle for us, they suppose to have a ferry service every 10-15mins from Arrival door 6, However we waited for 50mins. Recommend to call their number for a earlier pick up.

Second time renting from Centauro and second time receiving a free upgrade. Car was clean and spacious - service was quick and clear and the pricing was very competitive. Shuttle bus from Malpensa easy enough - just follow instructions in email.

I booked a Mini Countryman from 03.10.22 to 05.10.22 with Centauro at Milan Malpensa Airport. Everything went at the highest level. The car is new with only 1874 km mileage. You can only dream about it. I took the premium option so I don't have to worry about anything. Thank you to the staff and company for providing the car. Can recommend this company. This is my second time booking with them.

Excellent car rental company. Hassle free and very accommodating. The car was spotless and very nice. The shuttle bus wait was short and the car pick up went smooth. I made a mistake in booking the car (wrong date, 100% my fault). But the people on the phone were very helpful in correcting my booking a day before I wanted to pick up the car. Highly recommend renting here 👍

T1: Once you have collected your luggage, come out of the arrivals hall, then come out of the building using exit 6/Uscita 6 and opposite this exit, please wait for the Centauro Rent a Car shuttle bus which comes every 10/15 minutes.

T2: ⚠️ Temporary closed, shuttle bus collection from T1 ⚠️ Once you have collected your luggage, make your way to the parking area situated in front of the departure terminal building that you will see on your right hand side. Here you can wait for the Centauro Rent a Car Shuttle which comes every 10-15 mins.

Hire a car in Milan Malpensa with Centauro Rent a car and enjoy the security and confidence that comes with a fleet of rental cars that is renewed each year. Add to your booking any extras you need when you hire a car, GPS, comprehensive insurance without excess, approved child seats, etc. 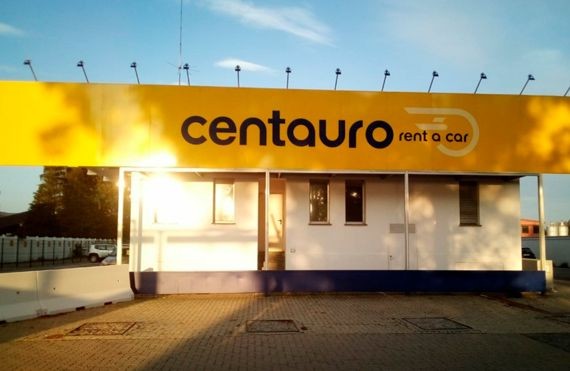 At Centauro Rent a Car we offer a wide selection of cars available to hire at Milan Airport Malpensa which is renewed yearly.

Milan is the second largest city in Italy and has two airports which connect the country; Malpensa & Linate. Malpensa Airport is the most important and with air passenger numbers only being beaten by Rome.

Milan-Malpensa Airport is situated 50 kilometres from Milan, in the province of Varese and forms part of the Parque Lombardo del Valle del Tesino, created in 1974. It has two different terminals which are separated from each other, so it is vital to know which terminal your flights arrives and departs from.

To get to Milan city centre from Malpensa airport, you must take the A8 highway. By hiring a car with us, this is an easy and quick way to reach this amazing city famous for its spectacular fashion.

Discover Milan with a rental car

Capital of the Lombardy region and Rome's eternal rival, Milan is one of Italy’s most important cities and known throughout the world. It is one of the country’s main economic engines and a global icon of the fashion world.

The best way to discover this wonderful city? By renting a car in Milan. You can then decide where you want to visit, where to go and what to see all at your own pace and without having to rely on public transport of expensive taxi service.

What to see in Milan

Milan is internationally known for its prestigious fashion shows, however, its history and important works of art also needs to be taken into account.

In addition to Da Vinci’s extraordinary work of art ‘The Last Supper’, the city of Milan has several museums and cultural centres that house some of the best art collections in the country. The Pinacoteca di Brera, away from the hustle of the city houses a collection of amazing creations from artists such as Rafael and Caravaggio for you to enjoy.

The history of Milan

We begin with its imposing Cathedral, one of the largest and most spectacular cathedrals in the world which is located in the splendid ‘Plaza del Duomo’ square. The views of the whole of the city from the top of this religious temple are simple incredible.

The Columnas de San Lorenzo (The Columns of San Lorenzo) in front of the beautiful Basilica of the same name, is another example of the rich heritage in Milan, this is a place visited by thousands of tourists and is also the starting point for a night out in Milan.

Continuing with this amazing architectural heritage, you cannot go to Milan and not visit the Galleria Vittorio Emanuele II, one of the most beautiful shopping areas in the world, the lively Plaza de la Scala, the Castillo Sforzesco (Sforzesco Castle), the relaxing Parque Sempione (Sempione Park) or the Teatro alla Scala, which, although not as spectacular as Paris or Vienna is a true temple for lyrical music.

The Piazza Affari, home to the Milan Stock Exchange will be our next stop. Here you can see the controversial sculpture of Cattelan with its enormous hand with its raised finger cannot go unnoticed.

To finish this architectural visit, we will take our rental car in Milan and head to the outskirts of Milan to visit the majestic Cementerio Monumental (Cemetery). Yes, you have read this correct! The Milan cemetery is a real open-air museum where each of the tombs is a true work of art.

Back to the city and we put on our best dress to take a walk along the most fashionable streets such as the Montenapoleone & della Spiga, these are undoubtedly the most prestigious shopping areas of the city. You can see some amazing shop windows which also carry some very expensive price tags.

Time for an aperitif

Around the squares that we have mentioned before, there is a whole selection of restaurants and bars where you can taste the famous Cotoletta alla Milanese; a classic dish of saffron-stained risotto with osso buco & panettone, as well as other popular dishes so typical in Italy.

To taste the authentic Italian appetizer, we must go the Navigli area after seven thirty in the evening.  We can enjoy our drink or cocktail (for example the lighter Spritz of the traditional ‘Negroni’ and we can accompany with a panini, some rice, pizzas or cheese among other delights!

Now we know the real Milan, we take our car rental in Milan and we set off to see the beautiful lakes around the city of Lake Como, a holiday retreat made famous by personalities such as Napoleon or Da Vinci. The Lake Iseo is also another beauty spot and similar to the landscapes of the Norwegian Fjords.

To make the most of our car rental in Milan, our Italian getaway should also include a visit to some other interesting towns in the country such as Vila Real de Monza or the picturesque and beautiful Bergamo, one of the most enjoyable places in Italy and just 52 kilometres from Milan.

As is the case in almost all cities in Italy, the streets of Milan are a museum in and of themselves; so you will need to get around fast if you want to see everything that has made this Italian city an icon for tourism, and there's nothing better than the freedom and comfort that a rental car provides. Pay attention, because we're going to give you the best tips for parking in the city if you plan on travelling around Milan by car.

Could you enjoy a getaway any time of the year? We would like to suggest to you an unforgettable car itinerary for your winter getaway. Get ready! We're going on a road trip from Milan to Switzerland, through the Alps.

Welcome to our car route through the Dolomites! If you are a mountain-boot-wearer who is to be found beyond the beaten path, then this route is for you. Let’s get started!