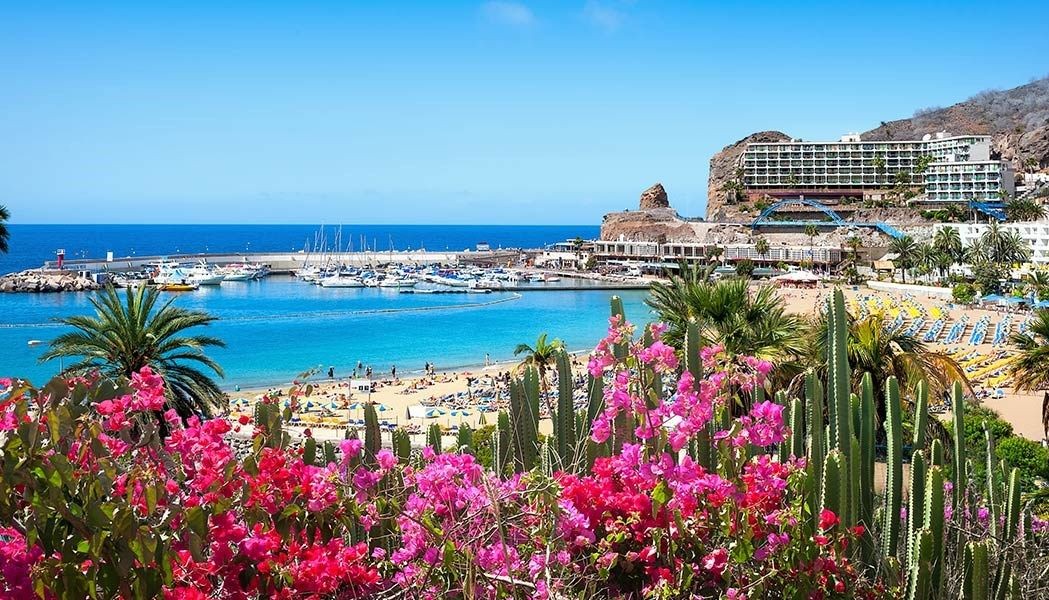 What to see, do, and visit in Gran Canaria and around with your rental car

With 1,560 km2, Gran Canaria is the third largest of the islands. The capital of the autonomous community is shared between the cities of Santa Cruz de Tenerife and Las Palmas de Gran Canaria. A good weather paradise practically every day of the year and endless natural spots to enjoy. An ideal destination to explore thanks to your hired car from Las Palmas.

Gran Canaria is a highly popular holiday destination for many reasons and exploring the island by car will let you discover the island in your own way as you can decide wherever you want to go at all times.

The island of Gran Canaria has over 200 km of coast and very pleasant weather most of the year. Some of its impressive beaches are Playa de San Agustín, Playa del Inglés and Maspalomas. Hiring a car is the quickest and most comfortable way to get around and discover them.

Just like its sister islands in the archipelago, the island of Gran Canaria is of organic origin which has blessed its sands and cliffs with some spectacular sights. The varied ecosystems in the area give its landscapes extraordinary beauty.

But not all the island is about nature, beaches and coves. In the town of Las Palmas de Gran Canaria a visit to the Vegueta y de Triana neighbourhoods, as well as the Elder Museum, the Botanical Garden or la Casa de Colón(Columbus House), amongst other places, comes highly recommended. Moreover, hiring a car in Gran Canaria is essential to discover the fantastic colonial towns which are dotted over the island.

What to see in Gran Canaria

Gran Canaria is an island you will fall in love with from north to south. Natural landscapes of spectacular beauty, sweeping white sand beaches or historical redoubts reviving ancestral traditions are some of the options we suggest you discover. Hire a car in Gran Canaria and prepare to tour the island in your own way and at leisure.

Route by car around Gran Canaria

If the beaches in Gran Canaria are some of its big attractions, its varied landscapes are no less. The best known and admired, the Maspalomas dunes, are quite a landmark on the island and a habitat for numerous vegetable species which have managed to survive in this dry and hostile land.

And from the dunes we go on to Los Roques (the Rocks), these intriguing mountainous formations with varying heights and sheer walls, are the main feature in postcards from Gran Canaria. The most popular, is the Roque Nublo (Clouded Rock), which is over 1,800 metres high from whose peak there are some absolutely spectacular views. On sunny, cloudless days, one can even make out the summit of Teide.

And since we´re on the topic of observatories, you can´t miss the photogenic quality of the whole island from El Balcón, located in Aldea de San Nicolás. Utterly unmissable.

The Guayadeque Ravine is the small natural gem shared by the municipalities of Ingenio and Agüimes, which are very close to the beaches in the south of Gran Canaria.

The best beaches in Gran Canaria

The beaches in the round island are sure to make an impression on you. From the legendary Maspalomas in the south– which has been photographed so many times - with its golden sand and characteristic lighthouse, to Las Canteras beach, a real landmark for the Canary island people, passing the beautiful and secluded Cala Tufia (Tufia Cove), the dark sand of Melenara beach or the El Puertillo bathing area with plentiful natural pools which provide a respite from the heat in summer time. Variety is the spice of life. A great tour around the Canarian coast which you can comfortably do from behind the driving wheel of your hired car.

The most beautiful towns in Gran Canaria

The 1,560 square kilometres which Gran Canaria is made up of are dotted with a large number of the most charming villages.

Moreover, if you´re a lover of good rum, you must visit the Arehucas locality, a place that has transcended frontiers due to its exquisite liquor. Another village which is particularly popular on the island is Agaete, where the famous sea stack is which, if you have a lot of imagination, resembles an enormous finger – the Finger of God -. Although this rock formation collapsed in the storm of 2005, the locality still offers other great attractions, such as its natural pools.

The narrow streets of the old neighbourhood of Vegueta are over 500 years old and since the time of Columbus until today, an old tradition obliges everybody to make a stop at the Vegueta old quarter.

In the interior of the island we find the village of Teror, a place with great symbolic value for the islanders where there are many typical spots and where the local festival the Virgen del Pino is celebrated.

And, to round off this tour of the most outstanding towns, Telde, without any doubt is the cream of the crop, with two absolutely spectacular natural spots: el bufadero de La Garita, the main focus for photographers on days when there is heavy swell because of the impressive geysers that are formed; and the Bandama Caldera National Monument, of volcanic origin and over 5000 years old.